“The audacity of her!”

“How are you a Christian saying Deliver Us from Religion?”

“That girl is confused!”

Maaaaaaan Listen! I’m ready for whatever the naysayers got loaded in the cannon! I got about 110 seconds left to catch you up to speed!

I AM NOT RENOUNCING CHRISTIANITY! I rather enjoy being a follower of Christ, but I can do without religiosity of it all! I’ll take ALL of my relationship with Christ and hold all the self-induced extras that the religious folks tend to throw in on the side!

I will continue to scream that religion is used more often as a divisive tool, a point of conflict, and a battleground of beliefs instead of an instrument to spread love throughout the world. We allow other’s religious beliefs and practices to be an excuse as to why we don’t like them, argue with them, or worse, refuse to help them. For some, it’s used just like race, to indorse an illegitimate hierarchy; to sanction a pecking order that is unjustifiably used to oppress, harass, or discriminate against others.

I hate to see denominations derived from the same religious group argue over trivial details; intricacies that don’t matter in the grand scheme of life. As Christians, we build up an inferiority complex because of injudicious perspectives such as:

WHO CARES, can we celebrate that somebody just got BAPTIZED!?

As an alternative, let’s stop focusing on the religion and promote your relationship with your God instead. Whatever religion you represent, let’s not practice religion out of obligation, or fear of what’s on the other side. In its place, let’s spend time with Him just because you actually enjoy it! Check your heart posture, are you loving your relationship? Or bound by religious expectations?

For those of you Agnostics, just wait, the rest of us will get it together, eventually! In the meantime, be patient with us, and let’s focus on what we can do together to change the world!

Ok, I think I’m over time. The moral of the story is, Lord, please deliver us from religion and into relationship with you.

Public Apology - "I'm sorry for how Christians have made you feel."
November 2, 2020

Let customers speak for us

I am extremely happy with my newest shirt! Saw someone wearing it and I had to have one. The customer service was on point and I appreciate their timely response and efforts to assist me with sizing. Would definitely purchase again.

Love this tee! It is most definitely a conversation starter! I get compliments each time I’ve worn it!

My favorite part about wearing this shirt is when people see the name of Jesus bold and strong. There is so much power in the name and I believe even reading it makes an impact for the Kingdom and open doors for His light to shine through into a heart. Thank you! I received many compliments. 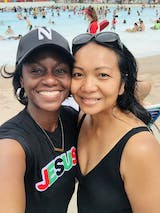 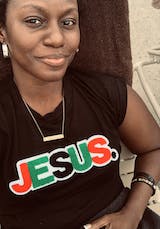 I purchased a "Black On Purpose" shirt from You9ted. It's a perfect fit and the material is great quality. I was looking for a shirt with meaningful messaging and I found it! Thank you.

I love the shirt. Great message and style.